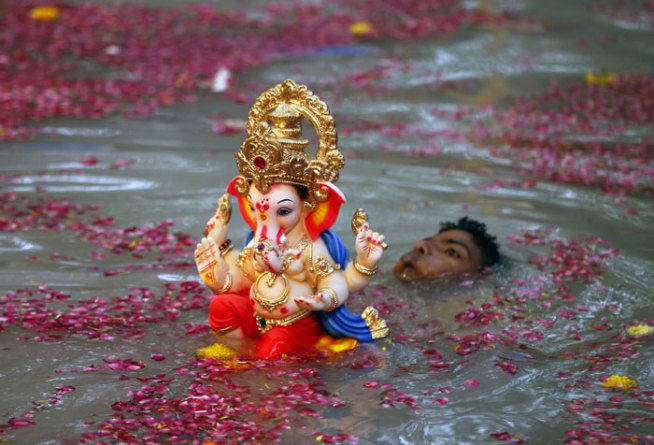 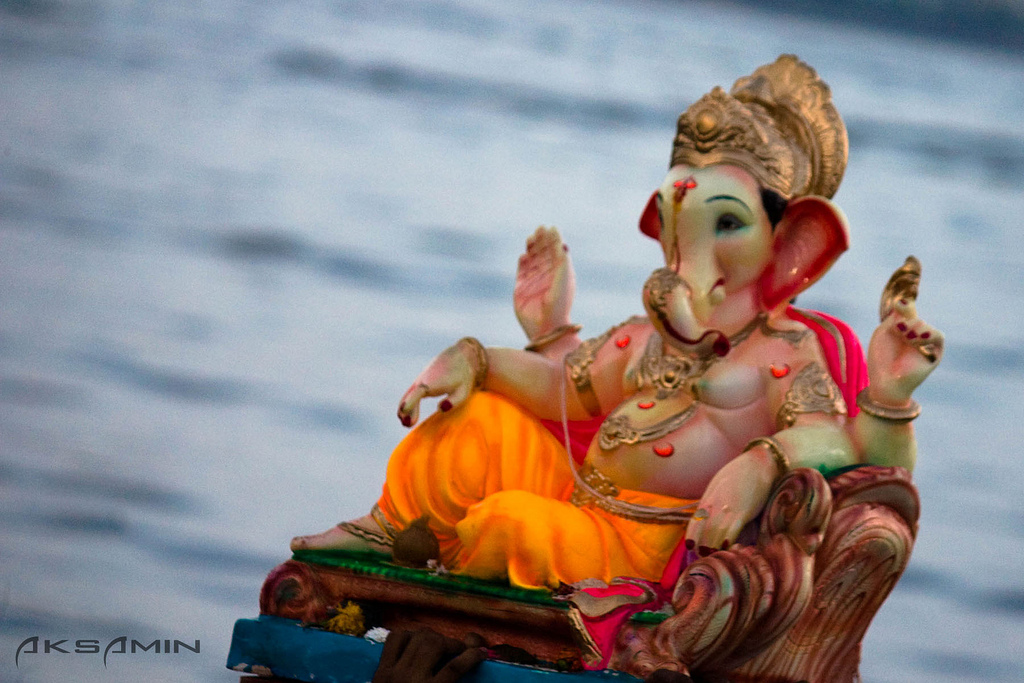 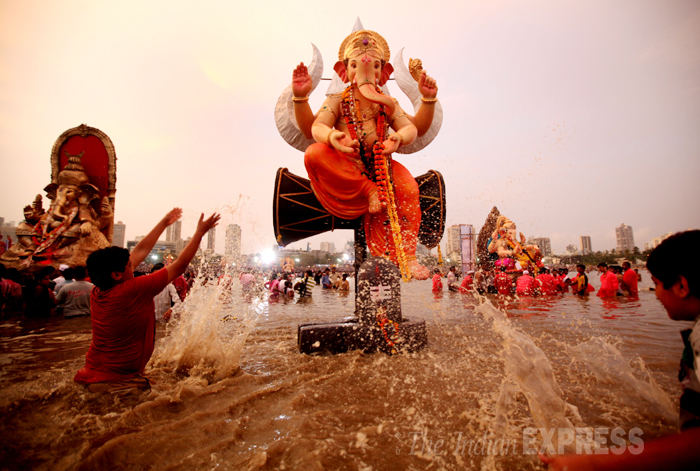 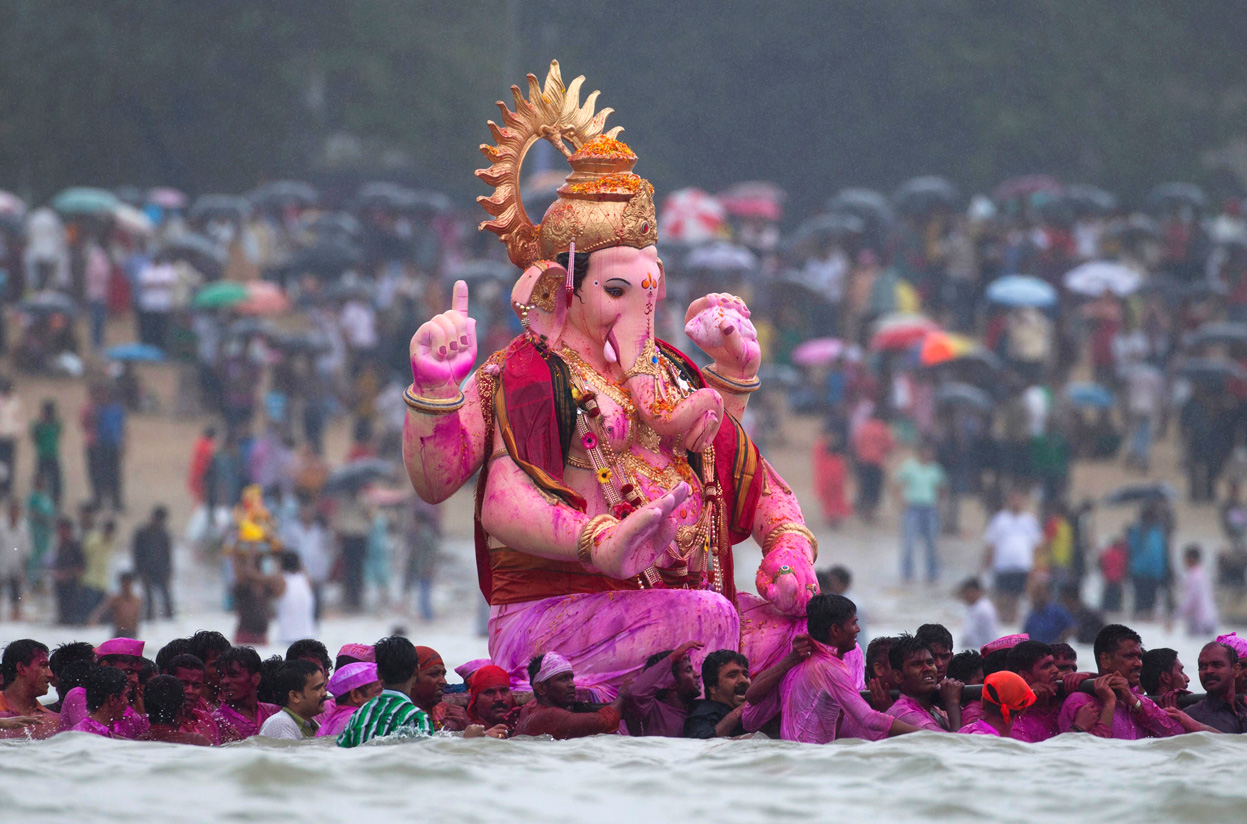 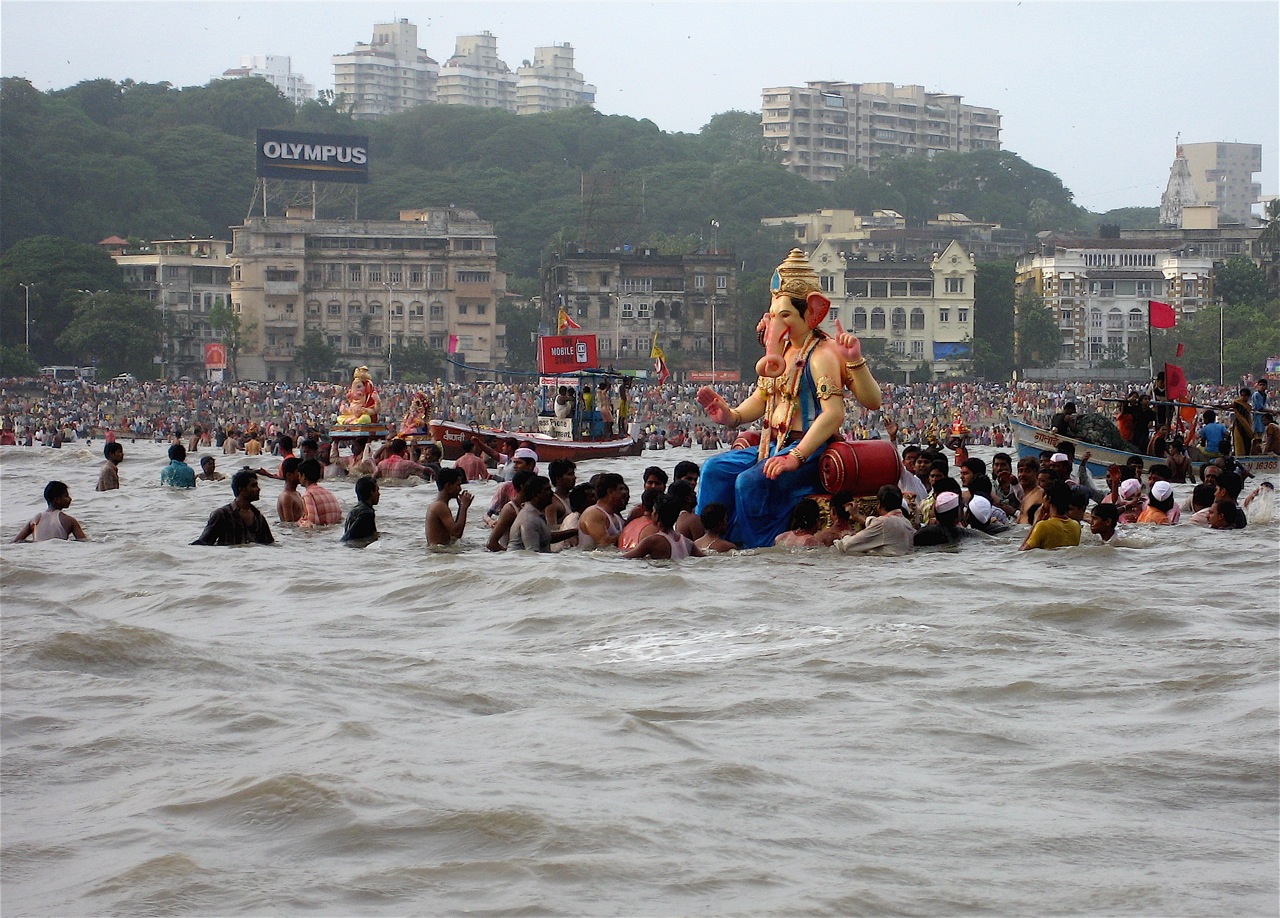 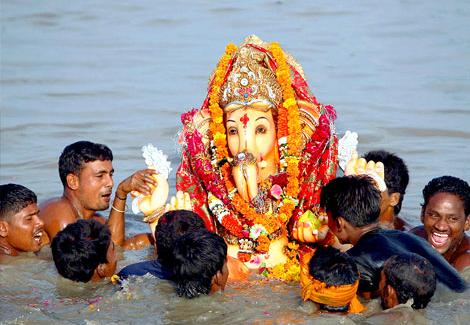 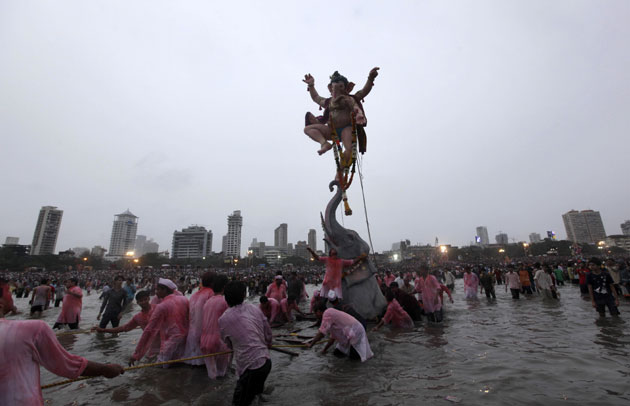 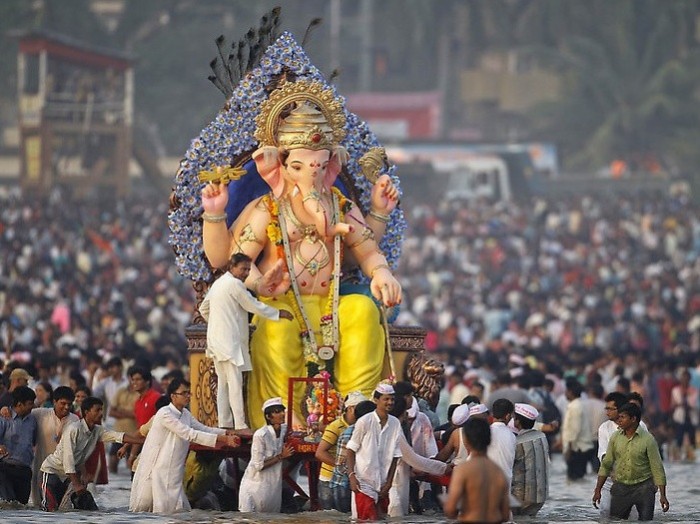 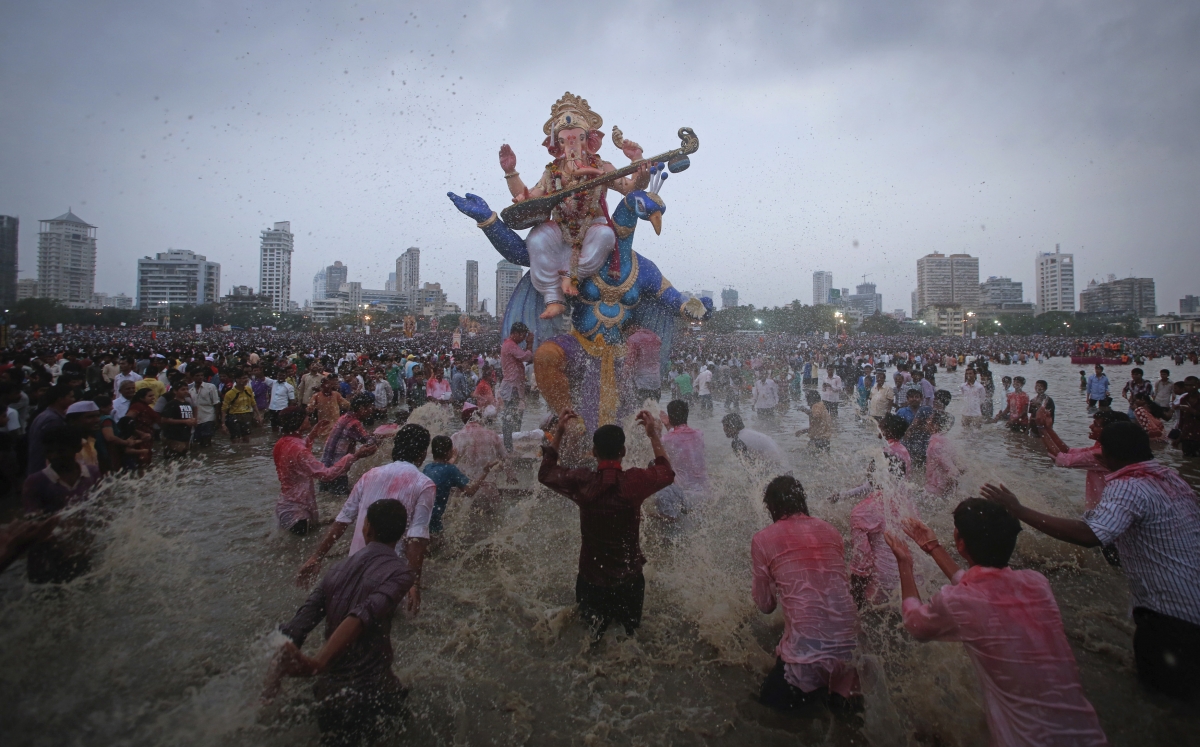 The beginning of the Ganesh Chaturthi festival is marked with bringing home a clay idol of Lord Ganesha or to the elaborately decorated community Sarvajanik pandals. With soaring chants and traditional drum beats, the deity is brought to the place which would be his abode for the next 11 days. It is then followed by ritualistic ceremonies / aartis at morning and evening to invoke the Lord’s presence in the idol.

The last day of the Ganesh Chaturthi festival is the most exciting of all, the devotees gather around the idol in large numbers to worship and pray for the last time as the idol is carried away to be immersed in water. This ritual is known as Ganesh Visarjan.  The idol decorated with flowers and fabrics is carried out of the pandals amidst a procession of devotees singing and dancing to the beats of the large drums chanting phrases “ Ganpati Bappa Morya” –“ pudchya varshi Lavakar ya” in praise of the lord ,urging him to come back again next year.

Get geared to celebrate the stay of Lord Ganesha this 2021 and seek his blessings as Vigneharta is rightly believed to be the destroyer of evil and restorer of goodwill.